PHOTOFAIRS Shanghai showcases modern and contemporary photography from 28 cities in 50 galleries in just four days. Australian Southern Photography’s Emma Brasier went along for this incredible ride. But first the city…

Shanghai has more humans than any other city on the planet, over 24 million. That’s the population of Australia! This figure is mind-blowing to a girl from OZ. The image I had of Shanghai was of a sexy, sultry dame involved in tales of intrigue and romance or equally dramatic images of a neon-splashed riverside metropolis from glossy magazines. With fabulously shaped architecture decorated by jettisoning streams of light and fireworks illuminating the night sky, simply awe-inspiring. Including vista’s of impossibly romantic river promenades and restaurants up-on-high with spectacular views of the brightly lit boats motoring back and forth along the age-old river, music blaring. To my delight, the reality was gentler and more complex than I’d ever imagined.

Shanghai vibrates on all levels. The city is humid and green. The contrast of nature’s luciousness and vast amounts of cement is like a giant moving abstract painting. Two dimensional but with incredible depth, and textured in unusual ways. The gentleness of nature against the grey, heavy matt cement is strangley pleasing to the eye.

Nature is found in the most surprising of places. The velveteen green amongst the grey. Urban Farmers tend little patches of earth, while domestic beasts graze and foul peck blissfully below interlocking metal bridges and elevated highways. Trains pass along lush and fertile creek beds, fed by little rivers that wind their way from city to suburbs to outer districts. Where does this place end or begin? The riverfront acts as a focal point. A place to make sense of the insurmountable size and scope of the city and its surrounds. The city centre flows beautifully. To get things done, people work together in tight teams of four to five. I could walk, ride or train it anywhere with ease. I found the locals friendly, earnest and very much about family and tradition while absolutely embracing the new.

“PHOTOFAIRS | Shanghai gave the public a unique opportunity to see some of the best new contemporary Chinese photographic works as well as gems from abroad all in one place. The Staged platform presented a wonderful mix of prints, new media, video, and installation work.” Erin Barnett (International Center of Photography, New York)

Shanghai operates as the perfect metaphor and the ideal location for a fair dedicated to the photographic medium. Much like the city, what the fair endeavours to do is heroic. Encompassing the classic masters of photography to the technology-driven photographic installations. Billed as Asia-Pacific’s “leading destination for discovering and collecting modern and contemporary photography”. 30,000 people attended 2017 and more predicted for 2018. The focal point of PHOTOFAIRS Shanghai and the main exhibition space The Shanghai Exhibition Centre is a palace in central Shanghai built in 1955. A Russian Sino-Soviet Friendship building, a wonderfully faded princess from another time. Combines neoclassical architecture with Stalinist neoclassical social realism to honour the alliance with Russia.

“With many public programmes and opportunities offered by the fair, the public’s understanding towards contemporary photography has broadened, as has the collector base.”  ShanghART Gallery (Shanghai, Beijing, Singapore)

PHOTOFAIRS Shanghai is epic in its scope. Where culture, science, art and commerce meet rather than collide. Not dissimilar to the way the city’s cement edges push up against the natural world, creating something else, something uncategorised, unlabelled. New yet speaks of ancient traditions. PHOTOFAIRS Shanghai is a photographic maze of displays from around the globe. Artists, curators, directors, buyers, collectors and audience mill around in slow, gentle, ribbon-like fashion, contemplating the images on offer, experiencing another’s reality. Images delivered by curators and gallery owners to offer us versions of our selves – reflections of how we live, work and play – to understand what is important and therefore relevant today.

These photographic artists seem to be grappling with the struggle between control and freedom as a citizen, both on a personal level, and within the frame work of culture and family. They ask, why don’t we know or understand ourselves better? Why do we not acknowledge what we don’t know, and will never know?

Art photography needs a platform to be effective. As with the city which hosts it, the works at PHOTOFAIRS Shanghai exist in high volume and their close proximity allows the conversation to begin. What is authenticity? It’s not just about a display of photographs but about the individuals whose expression these objects represent. This is the germination from where the complex issues and unearthing of ideas come from, under the skin of these objects. The Australian Centre of Photography, Sydney, and the Centre for Contemporary Photography, Melbourne, represented, Australia. PHOTOFAIRS Shanghai offers tours of galleries in the city of Shanghai and in the suburbs, which was for me a highlight. It was incredibly interesting to get perspective on the scope of the city as well as a closer look at the local and international art community.

The details of particular work and artists’ studios will be examined in later posts, but my standouts include Zhan Huan at Studio Shanghai, Chen Zhe at Bank Gallery in Shanghai and Antony Gromley at the Long Museum.

“The Fair is supported by Shanghai’s leading museums including the Fosun Foundation, HOW Museum, OCAT Shanghai, Yuz Museum and Shanghai Centre for Photography, each presenting significant exhibitions dedicated to artists working in photography, making this week in September a landmark event within the cultural calendar.”

The next, PHOTOFAIRS  San Francisco is the 7th to 9th of February 2020.

Head to our image library where we will file more images from the fun of the fair, Shanghai, China 2018. 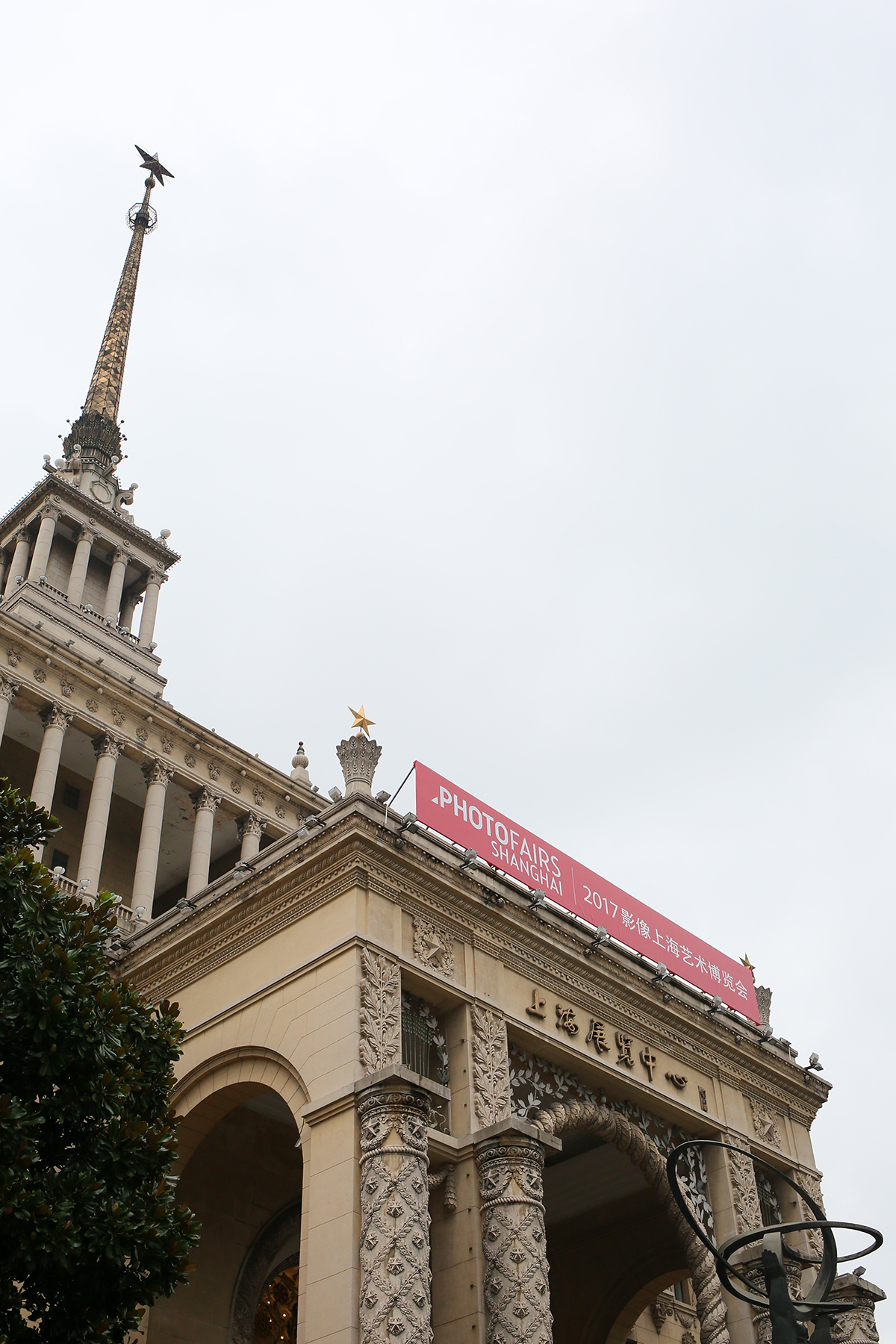 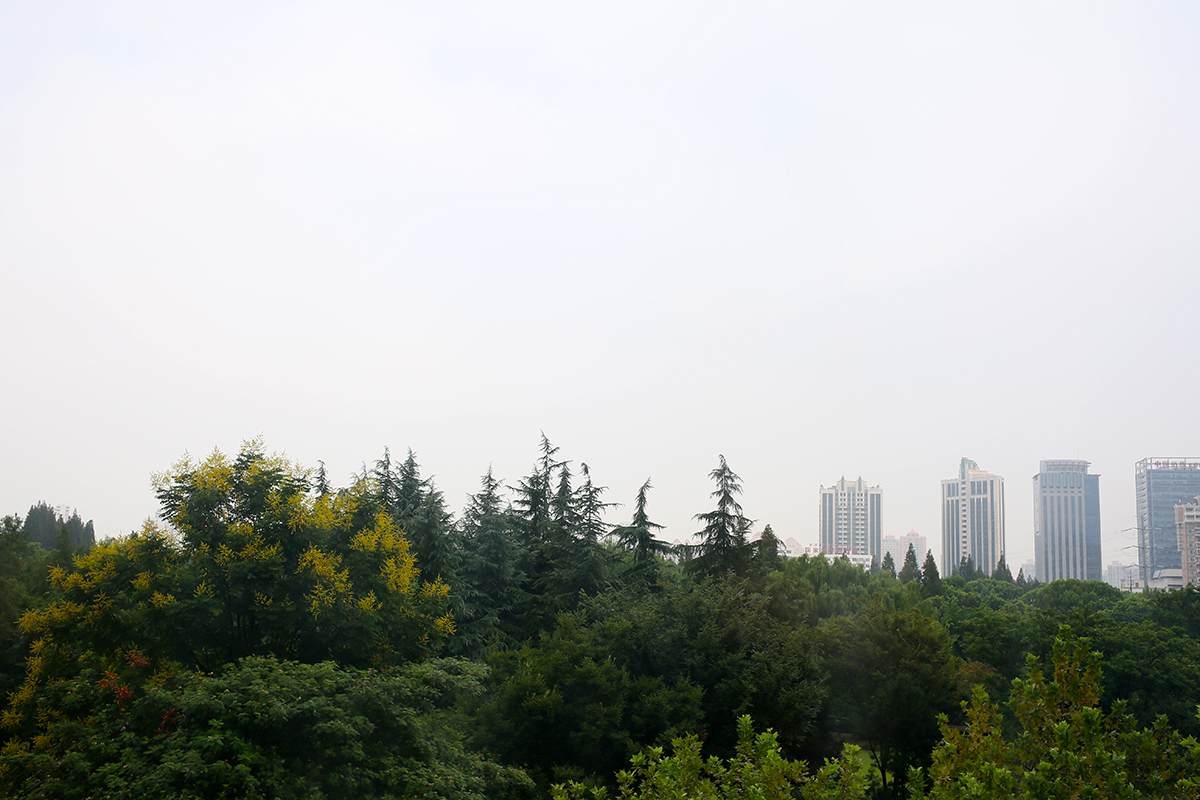 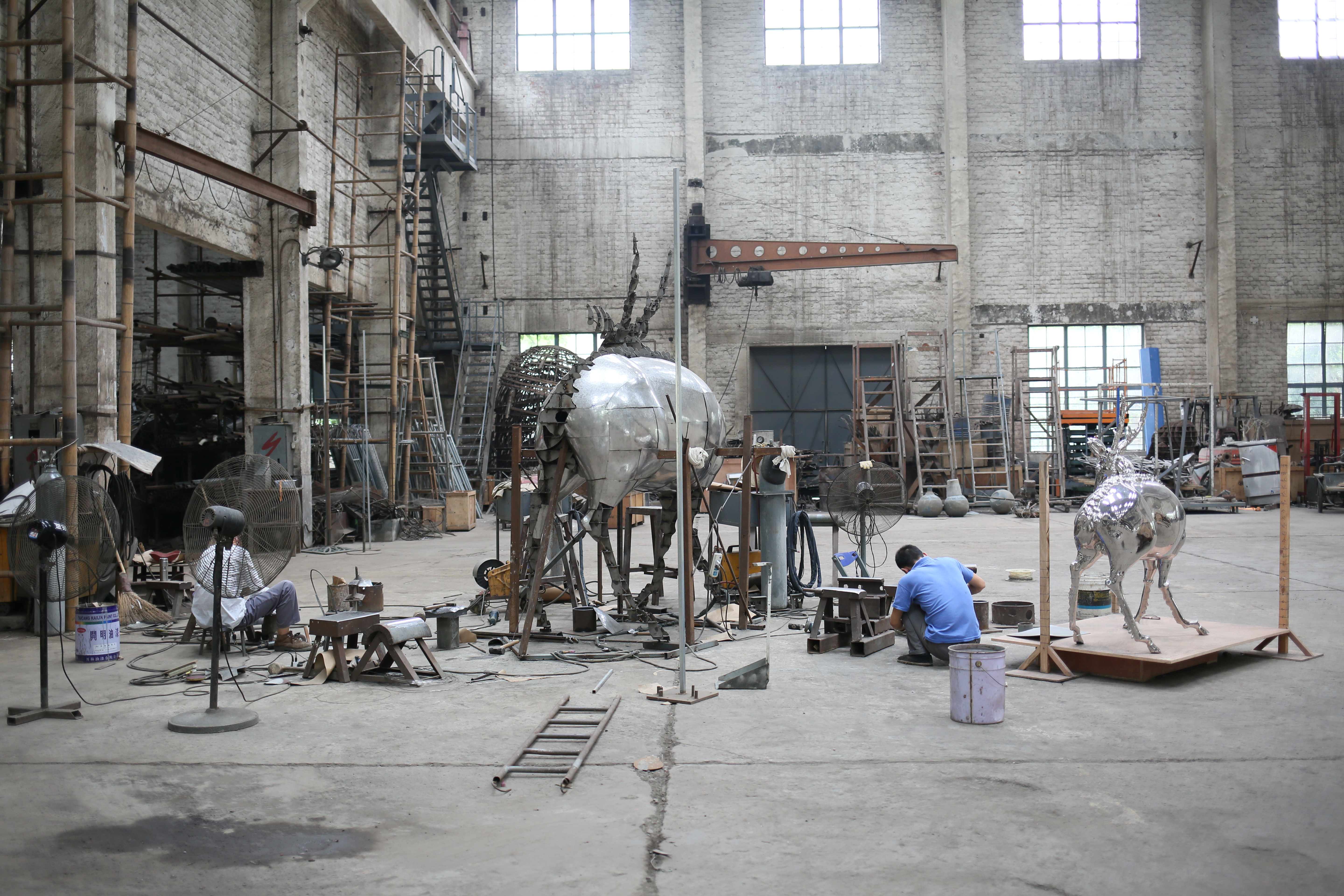 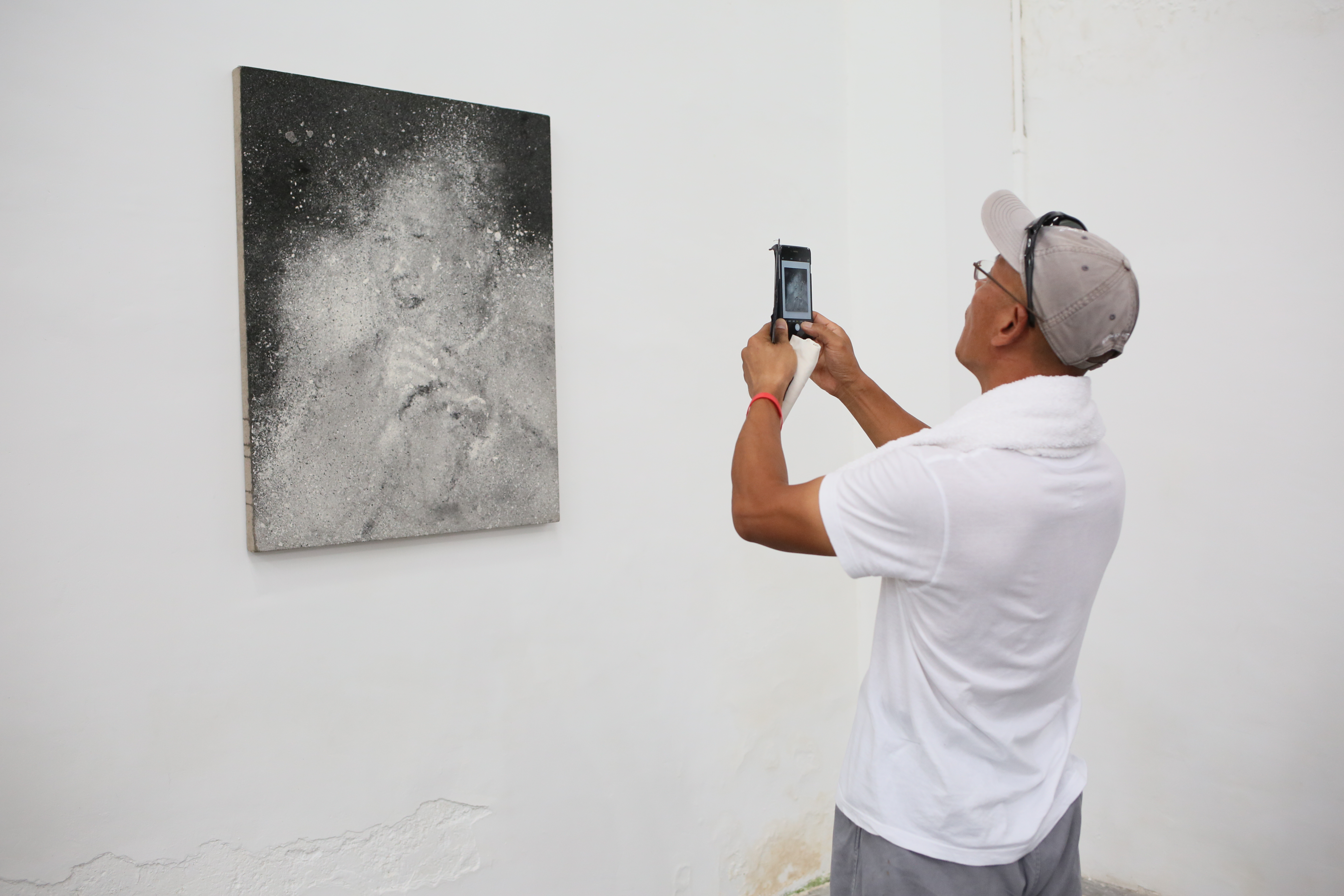 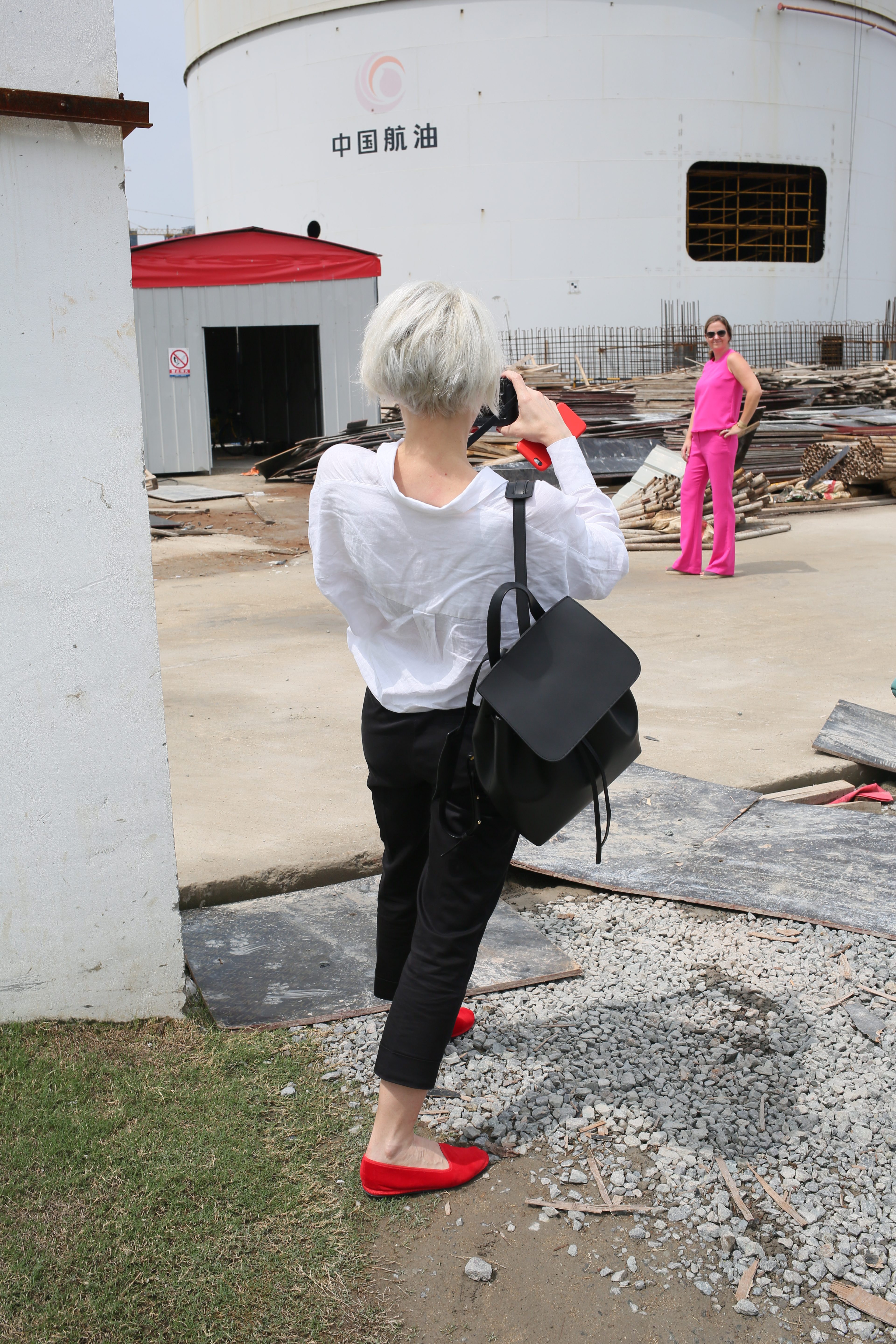